After a long hard season, we finally know our winning teams from the playoffs.

A total of 56 teams lined up at the end of the regular season to do battle, with hopes of winning their respective competitions.

Interested in joining the fun? You too have the chance to participate in the biggest Heroes of the Storm amateur league and compete in an organised way at your own level of play. You can sign up as a team, a partial team or even as a free agent where you will be put into a team! Signups are currently open for EU Season 10, NA Season 3 and the Off Season NA ARAM league. Please see our Signup Guide for more details, and if you encounter any issues you can post a message in the #support_desk channel in our Discord! First we start off with our Rare Cup winners for Season 9, Potatoes007! These Lounge veterans have slogged away over the years and have finally, and deservedly won the cup.

In the group stages they managed 2 wins out of 3, defeating Portrait Goblins and The Bacon Landlords before getting mashed by Division 7's Turtle Team.

A first place finish in the group lined them up to play Golden Cat Fish in their first knockout stage match. This closely fought bout went all the way to game 3 before the Potatoes were able to clinch the victory. Next up was for the Potatoes were Division 7 winners Tactical Suicide. a more convincing performance sending them through to the final.

In the regular season Potatoes finished 4th, and their final opponent was the highest ranked team in the Cup, Division 6 winners Moustaches. The first game was on Cursed Hollow and was closely contested, fairly even on kills but the Potatoes were able to rush core and take advantage of some less than optimal decision making from their opponents. The second game took us to Battlefield of Eternity, the Potatoes did not allow their opponents to capture an Immortal and spent most of the game on the front foot as they appeared to have all the right answers to the Moustaches' Tracer pick.  Moustaches decided to roll the dice in the the final map of this series, with their playoff lives on the line as they drafted a backdoor Medivac comp on Infernal Shrines. At the first objective the Potatoes decided to push bot lane, hard. The response by Moustaches was to get the objective on top lane, which led to them taking a fort, but by the time this happened the Potatoes had already taken the keep on bot lane before the 5 minute mark! Potatoes pushed on from there and confirmed an impressive 3-0 win!

Congratulations to Zembar and their team on a well deserved victory Next we had the Epic Cup, pitting the best teams in Division 4 and 5 against each other. Coming out on top were Team Simple Geography.

After being placed into group B TSG certainly didn't have the most reassuring of starts losing to Division 5 team Jaina The Frost Mage. They performed well in these games including getting the enemy core down to 3% before wiping, but were unable to confirm a victory. Bouncing back from this they managed to find a win against Jammed Comms in a closely fought game. In a decisive third game TSG managed to get the win they needed against cup favourites Broes before Heroes.

Waiting for them in the knockout stage was Treehouse Gaming, who managed to go ahead in the series before losing the following two maps. Next up was Division 5 team JustFriends, who were able to put up a fight but were unable to really threaten TSG who went on to a 2-0 victory.

The final saw a rematch from the group stage as TSG faced Broes before Heroes once again. The first map on Infernal Shrines saw TSG in control and able to find a win with a mostly melee comp. Such was their effectiveness with this comp that it prompted a Tyrael and Zeratul ban in the following games. The second map was decided by the team with the most panda power, as TSG drafted both Li Li and the reworked Chen in a double support comp. This wasn't the first time they had pulled it out in the knockout stage with it featuring in the earlier game against Treehouse Gaming. The third map took us to Sky Temple, where a fairly standard comp from TSG was met by the Broes drafting three mages in an unusual setup. Broes did manage to get a fair amount of kills but unfortunately for them Hidderino on the Ragnaros allowed his team to ride the lava wave to victory as they won the macro side of the game overwhelmingly. This completed a 3-0 victory won the cup for Team Simple Geography!

Congratulations on winning the Epic Cup to Rianor and their team, some of their drafts made them very exciting to watch during this knockout stage. Moving on to Division 2 and 3 we saw an exciting knockout stage end with 4B1B coming out as winners.

After finishing 3rd in the regular season 4B1B went on to dominate Group A in the playoffs, winning all three of their games without dropping a map.

Going into the knockout stage we saw them face Division 2 winners Silenced Suspended but Sweet, who unfortunately had to forfeit the first map of the series. The second map was hotly contested, SSS definitely having the upper hand at times and coming out with the most kills by the end of the game. Despite this 4B1B were able to force their way to victory with a double support comp. Next up were Division 3 team Lumpensammler, two fairly close games went in favour of 4B1B who were helped to victory by Misha.

Awaiting them in the final was NightPride. The first two maps went somewhat convincingly in favour of NightPride, who looked in a good position to confirm the third map. Being on the brink of losing the cup clearly gave 4B1B the kick they needed as they had a flawless map win with 12 kills to 0 to win their first map of the series on Tomb of the Spider Queen. Map 4 was well contested, 4B1B drafted a Nazeebo and did a great job of stalling the game out until his power spike at level 20 at which point they were able to get a couple of picks and absolutely melt their opponents core. The final map was quite even throughout, both teams with low death counters by the end of the game. Ultimately it was decided by a fantastic mosh pit that resulted in 4 deaths and a clear path to core, allowing 4B1B to complete the reverse sweep!

Congratulations to Transparent and their team on a well fought victory, they have proved you should never give up in a series! 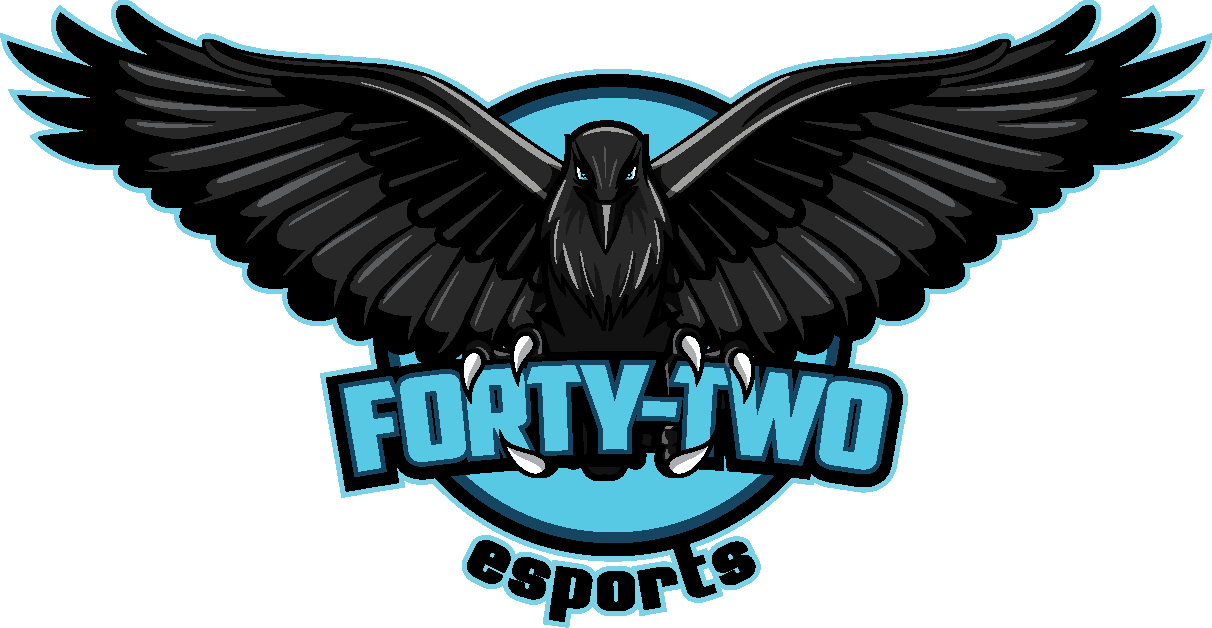 Finally we reach the Mythic Championship, pitting the best of Division 1 against each other. The eventual winners were regular season runners up Forty-Two eSports

The group stage saw them qualify for the winners bracket with two wins out of three.

Their first challenge of the knockout stage was Hoplita eSports (known earlier this season as Herbania). Three competitive games saw Forty-Two eSports come out with a 2-1 victory. This win sent them straight through to the Grand Final, the final boss waiting for them was the only team to beat them in the regular season - Hold My Beer

Hold My Beer entered at the start of the losers bracket, meaning this would be their 4th match of the day. However they showed no signs of fatigue as they powered to victory in game one on Dragon Shire. The second map took us to Cursed Hollow where Hold My Beer draft a vikings comp, and despite being ahead on levels they were unable to capitalise on this as Forty-Two eSports leveled the series. The back and forth continued as Hold My Beer won the next map, and then Forty-Two drew level once more sending us to a decisive 5th map. The stage was Tomb of the Spider Queen, and it certainly did not disappoint as the game was passionately contested for 30 minutes by two teams eager to win the Championship. A late objective and a good final team fight won it all for Forty-Two eSports.

A huge congratulations to Thunderbear and their team for being top of the pile in EU!

So there we have it folks, Season 9 EU has come to an end. One thing for sure is that Heroes Lounge is not taking a break, we are currently in the middle of the NA Season 2 Playoffs and the Off Season EU ARAM league - both of which will have plenty of casts, please check the Calendar page and the #stream channel in our Discord for updates.

Do YOU want a chance at competing in our prestigious playoffs? Sign ups are currently open for EU Season 10, NA Season 3 and the Off Season NA ARAM league

Jul 01, 2019 Drakvor Amateur League EU
If there is one thing Division 7 is not, it's predictable. As expected, the Rare Cup Playoff season has been very exciting to watch, with a ...