Greetings, I am back again with another match report (though a bit delayed). With lvl 35 go core vs HomOffis round 2 match in division 7. Will lvl 35 go core level up after another win or will HomOffis take the victory home? Game 1 took place on Cursed Hollow were lvl 35 go core was doing a good job of winning the teamfights early in game. The tribute score was 2-1 to HomOffis and with a level 13 talent advantage to them, before the fight over the fourth tribute. HomOffis got one kill and therefore the curse. During which they got another two kills and went for the double boss play, all of this resulting in a keep for them. HomOffis soon after got two tributes in quick sucession and another keep without any trouble. Lvl 35 go core struggled to get back in the game and when HomOffis got their second curse along with some kills. It ended with game 1 going over to HomOffis.
Game 2 took place on Battlefield of Eternity. First Immortal went over to HomOffis which they got a wall from. When second Immortal spawned HomOffis just reached level 10 talents, while lvl 35 go core was still at level 8. HomOffis got away with a fully shielded Immortal, with it they got a fort and a keep wall from. HomOffis later on got three kills right before third Immortal spawned, giving them halftime for free. Lvl 35 go core got a kill soon after on Lunara, but could not stop HomOffis from getting the Immortal, and they lost 3 heroes when Lunara joined the fight again. Making game 2 and the match go tp HomOffis.

The MVP goes to the solo laner MetalPanda on HomOffis' side. In game 1 as Azmodan he and his team leveraged him well in the early game, by having him push on the map while the rest of the team stalled on the tributes. During teamfights he would often hit 3 or more people with his Q, which came in handy. And Azmodans ult Demonic Invasion dealt a surprising amount of damage, and would on several instances split they enemy in two. On game 2 MetalPanda went for Raynor on the solo lane, which he won against Sonya. Further on he did a good job on following up on the tanks target to quickly burn a hero down. Lastly Raynor is a overall an impactful hero on Battlefield of Eternity with how fast he clears the Immortal.

Play of the game and Highlights

Due to some issues with the replays on my end, there sadly won't be any in the match report.

I meet up with the complete roster from today's team to have a quick chat after the match.

First of all congratulations for your victory, what are your thoughts about your teams starting the season with 2 wins?

MetalPanda: They should put us in division 6 instantly.

Gealth: We’ve had some solid games.

Ribbley: Yeah. We tried to prepare a little bit, more for the first match than for this one. But, yeah, we were very nervous. And it was unexpected that it went so well I would say.

Funko: Yeah, I would pick up our communication, because we have talked about that, and we feel like it was very on point and we were on the same page. So, that was a very nice thing.

Are you satisfied with your performance today?

Ribbley: I was a little bit sad we couldn’t show of our Vikings again. But we felt pressured to do something else, because they seem to have studied us. But it went well and I think it was ok at least for me. I am satisfied, but it showed me that I wasn’t prepared for everything that could happen.

Fenra: Yeah, we have a lot of heroes we know how to play. And we play often together, so I think it wasn’t such a big deal we didn’t get our first pick so to say.

Gealth: But, they caugth us, we were confused for a little bit.

The draft was a bit unconventional from your side. Do you guys put focus on getting comfort picks or more to follow the meta picks for the maps?

Gealth: I guess we all stay in our comfort zone at this time. Cause we are very nervous and won’t try something new this week, maybe next week.

Funko: We actually wanted to pick Vikings against them , but it seemed it wouldn't be great idea. So, we were thinking about like “we want to have something pushing against them”. So, we picked Azmodan on the last map, cause that like MetalsPanda good pick, I felt like it at least. And we wanted actually delay the objectives, but if we see a possibility to go in or to take it, then we will take it and we took it like 6 (tributes) times so it was nice

Gealth: Not only in-game. We know each other as a group that often play together. Who has time to join the team.

Funko: We saw each other in real life if that was the question.

Ribbley: I would ass to this we all played various MOBA before, and Heroes of The Storm was kinda like the common ground for everyone. And it went so that we started this team, and Funko he mentioned to us ”hey, here is this tournament Heroes Lounge, do you want to do this with me?” and so we started to group together.

How would you describe the playstyle of your team?

Funko: I guess we are finding our place at the moment.

Gealth: We try, like the last two games with Vikings or other picks with really strong push and stalling tactics. But we’re searching for new ways.

Ribbley: I think that’s on point.

Thank you for your time, anything you would like to add before the interview ends?

Funko: I feel like it’s a good thing that we put like our community together, that we play together. I feel like we communicate a lot now a days, which is great.

Gealth: Of course in the last few weeks, compared to the games before and competitive with others. It’s a funny new experience

That's all from this round 2 match report. Many thanks to the members of HomOffis for the interview. 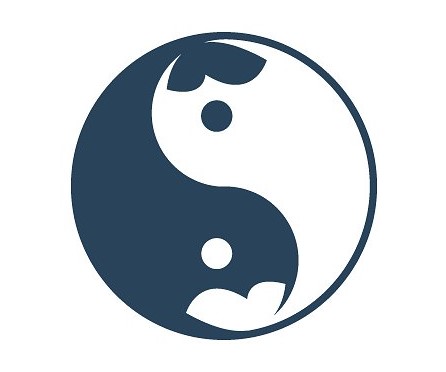 May 04, 2020 Poppinfresh #Rigged Amateur League EU
We have had some amazing matches so far and the season has only just begun. It's time to take a look at some of the most exciting match ups ...

May 10, 2020 Poppinfresh #Rigged Amateur League EU
We swoop into Round 3 and here we have another selection of the most exciting matches from the 7 divisions in EU